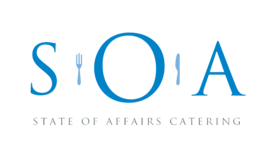 In December of 1986 he took a job at a resort on St Croix in the US Virgin Islands, and remained there until the end of the season June of 1987.

until making a move to France, where he studied French at the University of Dijon. He worked first doing the grape harvest in 1984 in Burgundy and then working in fine restaurants in the area. After that it was six months of training in Brittany on the west coast of France, then a return to the US in the fall of 1986.

State of Affairs Catering was started by Chef John Moeller, a native of Lancaster Pa. John had spent 30 years traveling and working in areas from New England to the Burgundy region of France, and 13 years at the White House serving three First Families and their guests.

President Clinton and 5 years with President George W. Bush until December 2005. We were responsible for all of the private meals for the First Family and the Official Functions that occurred in the White House and Camp David

Upon returning to Lancaster he stopped in Washington DC and found work quickly in July of 1987, and in the coming years worked for a few Restaurants and Hotels until the job for one of the Chefs at the White House opened up in the spring of 1992. Starting for President George H.W. Bush in September of 1992 and continued with 8 years with

John grew up in Lancaster PA. He graduated from Lancaster Catholic High school and Willow Street CTC in 1979. He then went to Johnson & Wales University in Providence RI for Culinary Arts and Graduated in 1981. 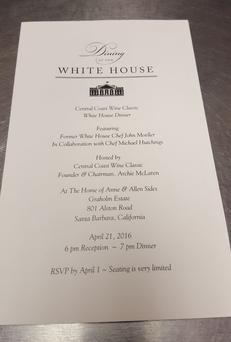 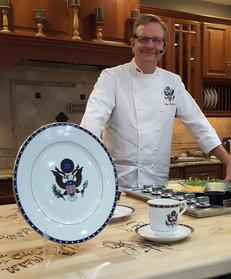